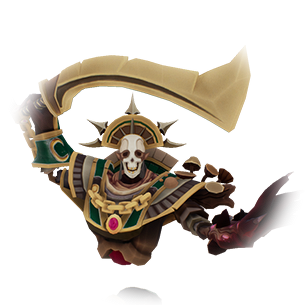 The Fallen Marshal, a sweeping front-line force who keeps enemies close and boosts his allies, is one of the heroes of The Restless Regiment in A Year of Rain.